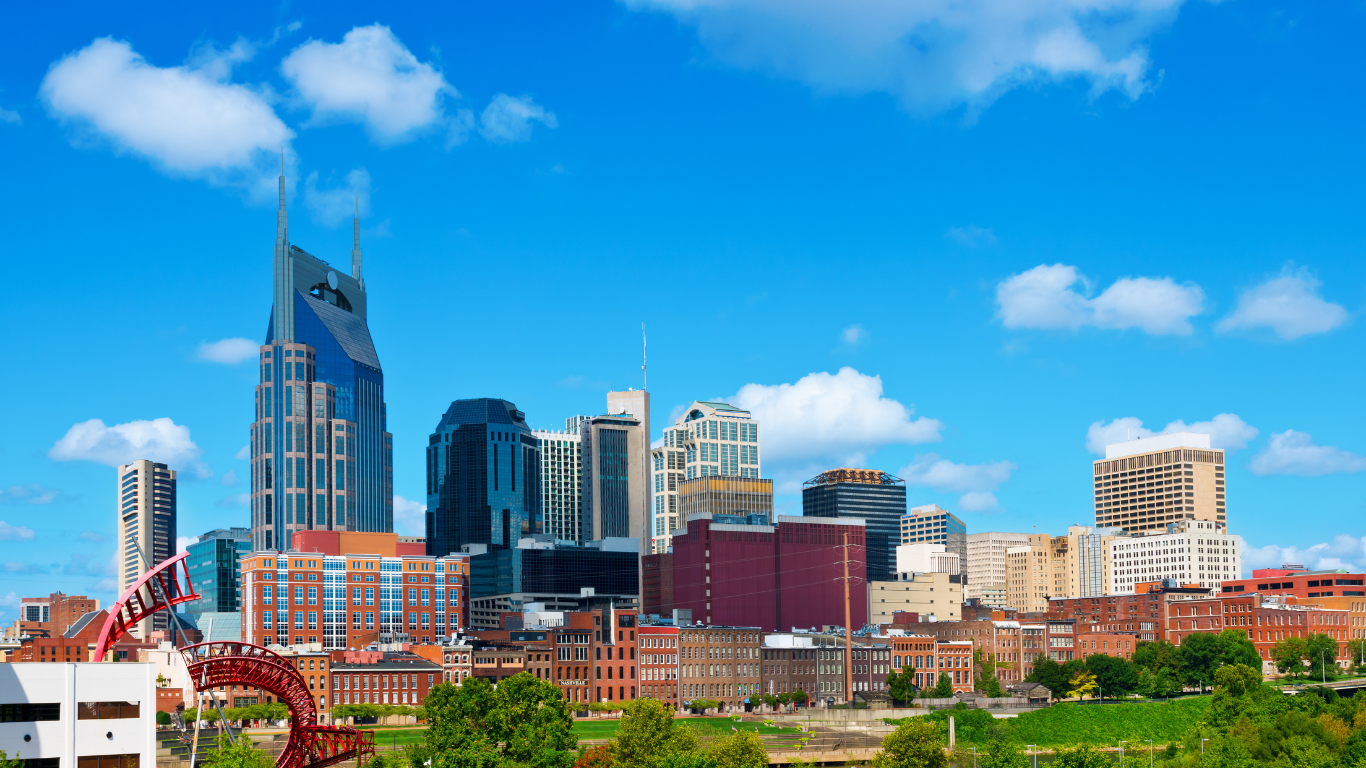 For locals, transplants, and visitors alike Nashville has become a city that delivers.  I’ve had a front row seat throughout my career to the expansion in size and notoriety of this great market.  Having led countless property and site tours throughout my career, the exclamations from people who haven’t been here in 20 years, or 10 years, or even 5 years are consistent: Nashville is a great place to be.

How did we get here?

In 2004, a study was released that recommend the addition of convention space in Nashville.  Over the next several years the Music City Center Committee studied the options and created the overall plan for the construction of a new convention center.  Despite the 2008 financial crisis and the flood of 2010 that caused $2B in damage, Nashville pressed forward with this mammoth development.  The Music City Center opened in May of 2013 and has housed countless events and visitors since that time.

In 2012 the TV show Nashville hit the air quickly attracted a dedicated following, exposing a new national audience to the city.  The impact of the hit show was reported in a Forbes article in 2015, that 1 in 5 Nashville visitors who were viewers of the show cited the show as the reason for their visit.

In 2016, The Tennessean reported that leisure travelers made up 30% of Nashville’s overall tourist economy.  This included the influx of bachelor and bachelorette parties, as Nashville has become a well-known draw for parties of this type.  The organic growth of this industry coincided with the increase of social media usage and platforms, expanding the conversations featuring Nashville across the world.

The inherent result of individuals visiting Nashville is the realization that they like the friendly, welcoming culture here.  A lot.

Since the 1960s when Davidson County formed a county-wide government, and the early 1980s when the governor traveled to Japan to attract Japanese auto manufactures to the state, leadership has been in place to recruit industry to Middle Tennessee and it’s an all-hands-on-deck scenario.

Nissan’s first manufacturing plant in the United States, a direct result of the governor’s trip, produced its first vehicle in 1983.  The role of Tennessee in the Nissan’s global strategy has continued to evolve; Nissan’s new North American headquarters opened in Nashville in 2008. Bridgestone began its Nashville presence in 1992 and has continued to expand their footprint over the next 25 years culminating with a new headquarters tower in 2017.  Ford announced in 2021 the creation of a new electric vehicle campus in west Tennessee.

Nashville’s healthcare ecosystem began in 1968 and has expanded and matured in the years since, leading the country in healthcare-related administration, technology, education and investment.

As early as 2018, Inc. Magazine was reporting on Nashville as an emerging technology and fashion hub.  .  In the same year, Amazon announced their new “Operations Center of Excellence” in Nashville.  Oracle announced in 2022 the creation of a second US headquarters in Nashville.

In 2018 the financial giant Alliance Bernstein relocated their national headquarters to Nashville.  Does this signify the increased presence of financial services companies in the community?  We hope so.

There is no competition among the municipalities and counties.  All for one, and one for all.

The infusion of new entrants – both industry and individuals – has made the community great and led to an influx of capital in the marketplace.  Nashville experienced a 20% population increase over the years 2010 to 2020, roughly 36 people per day moving to Nashville.  This has led to unprecedented demands in housing, goods and services.

Real estate investors are attracted to both the stability and growth potential of the market. Notoriously under-hoteled a decade ago, developers have added thousands of rooms each year to accommodate demand.  Multi-family development continues at a steady pace.  Retail corridors remain strong; Nashville did not experience many of the vacancy challenges of other markets across the country during the COVID pandemic. Barriers to entry including development costs, topological features, and zoning provide an intelligent framework to growth that limits over-supply.  Government oversight is a one-stop-shop, with clear business laws, development guidelines and processes.

Nashville is home to several professional sports team as well as university teams, eliciting community and corporate investment in facilities and teams.  NHL’s Nashville Predators play at the Bridgestone Arena, which opened in 1996 and hosts both sports and entertainment events.  NFL’s Tennessee Titans play at Nissan Stadium, which was originally opened in 1999, with current plans underway for a replacement of that stadium in time for the 2026 season.  AAA baseball team Nashville Sounds play at First Horizon Park, which opened in 2015.  In May 2022, GEODIS Park opened its doors for professional soccer team Nashville SC’s first home match.  The commitment of Nashville to serve as a sporting and entertainment hub continues to drive investment.

Inc. has identified Nashville as the fourth best place in the United States to start a business.  Access to capital is a crucial element of business growth and organizations like Greater Nashville Technology Council, Launch Tennessee, and Nashville Capital Network work to ensure a thriving environment for both investors and startup business.

The encouragement of investment has created a prosperous economy for business.

Nashville is a community that works very hard together to attract visitors, industry and investment.  We are made better by the cultivation of a strong, racially diverse middle class that is highly educated and highly skilled.  If you are interested in touring the market to see if it is the right place for your business, I’d love to show you around.

Arthur Perlen is a Principal at Centennial Retail Services.  Arthur is a career real estate veteran, serving retail clients throughout Nashville, Middle Tennessee and the region to expand their presence for 30 years. Arthur can be reached at aperlen@centenretail.com.

© 2020 Centennial Retail. Trademarks and brands are the property of their respective owners.